There are multiple things that are not really working properly with the Whatsapp template implementation.

First thing that is the most important thing.
"The Preview url parameter"

For example the "preview_url" option is pretty important to be able to pass it while sending a message to a customer. It allows Whatsapp to show the preview of an URL that is set with og:image and og:title. Now it's not possible to send a preview. (The only option would be to send it directly through 360dialog for example, but then the message won't show up in Trengo). I really really hope this can be implemented soon in the API of Trengo since it really shouldn't be to hard (I know, I'm a developer myself ;) ). I can create amazing experiences with this for my customers. Please see the Facebook documentation. (also HSM is deprecated :) ) 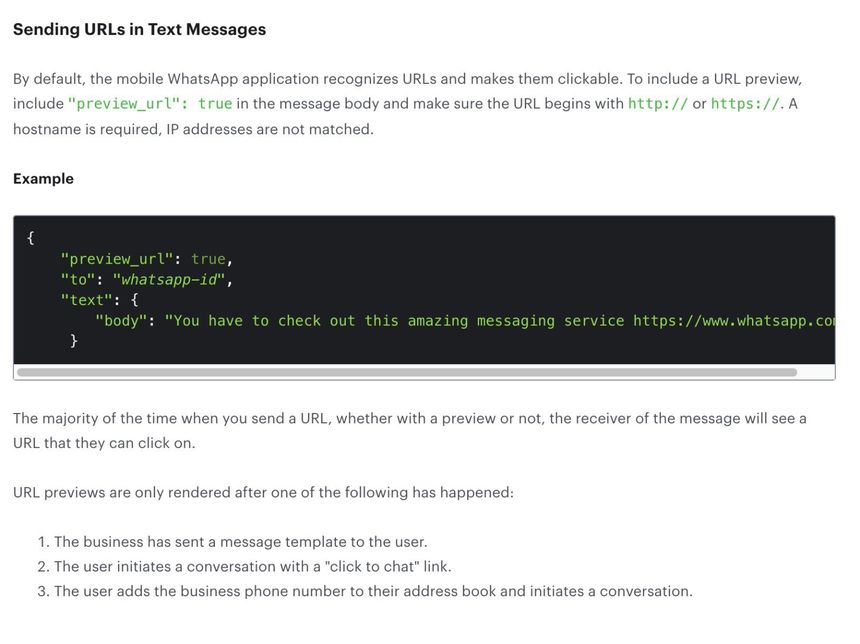 Also the second thing is when you create templates in Messagebird, 360dialog or any other third party and you use multiple of the same parameters. Let's say 2 times {{1}}. When you paste it in Trengo, Trengo sees it as 2 parameters instead of just one. While the Facebook API allows it to have multiple of the same parameters in a template. The Trengo API expects 2 parameters, then Trengo sends it to 360dialog / Facebook API who expects only 1 parameter. Then you get an error from Trengo that something went wrong. This is a very annoying bug which you can work around by changing the second "{{1}}" to a {{2}}, but that means waiting another couple of hours/days before your new template is approved by Facebook. It would also be great if you say that while creating a template in Whatsapp so people know that Trengo doesn't allow to set multiple of the same parameters and that each placeholder should be a parameter on it's own.

Like I said before, I really really hope the first thing with the preview url can be implemented soon. Since the API request we are sending to Trello is (almost) just a translation of the API of 360/Facebook, it really shouldn't be too hard to implement in the API of Trengo. (And sending template messages in the Netherlands is one of the most expensive places to send to/from. (0,123 cents), we want to take full advantage of the possibilities!)

If you have any questions please send me a mail :D. I would be happy to suggest a few other implementations that would work great and talk about the options stated above.

A happy (but a little bit frustrated) customer,
Ryon